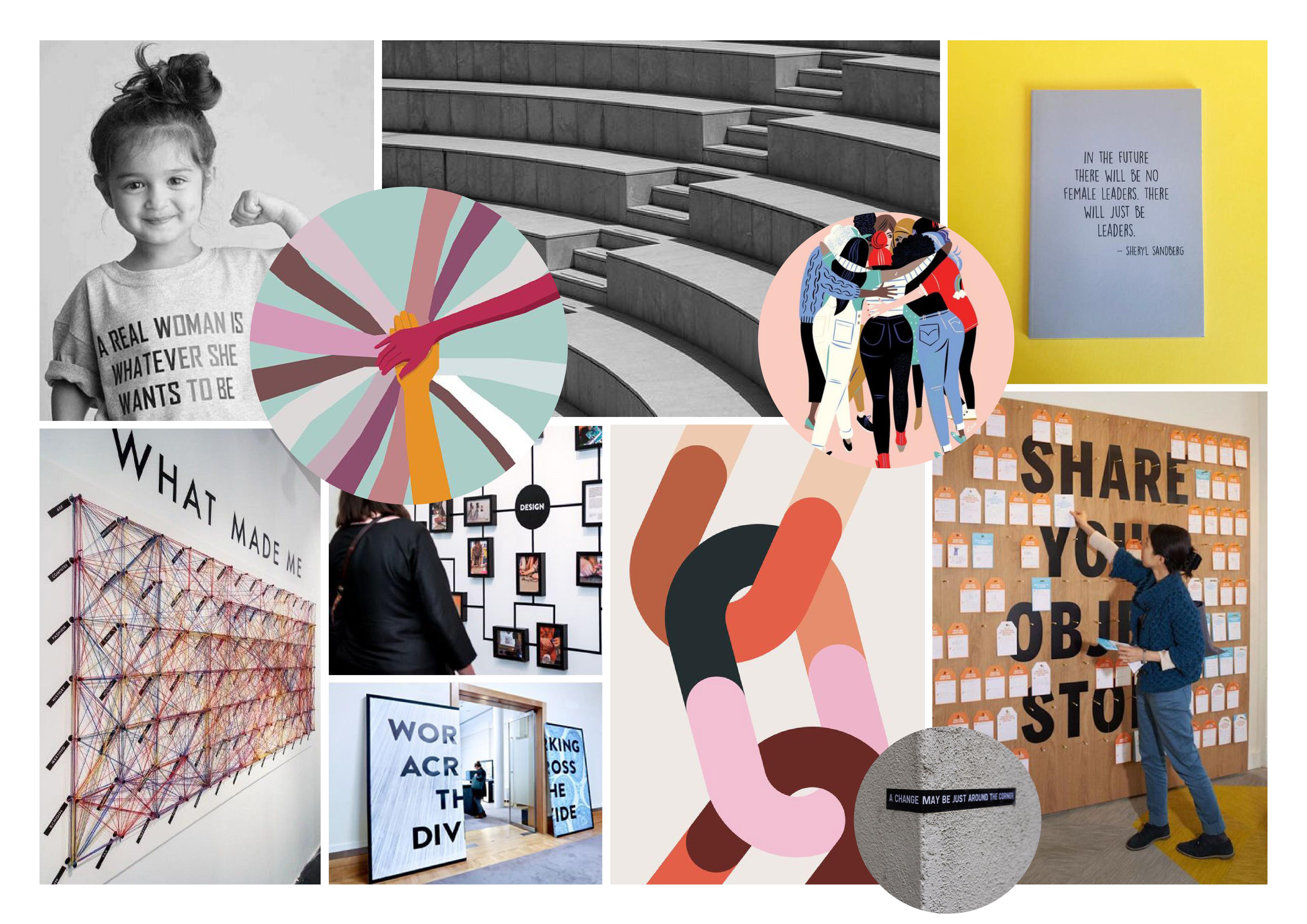 To celebrate International Women’s Day, some of the design team here at Spacio have curated moodboards to empower and represent what this exciting day means to them, along with two interviews. Discover everything from inspiration to favourite spaces and iconic designers below. 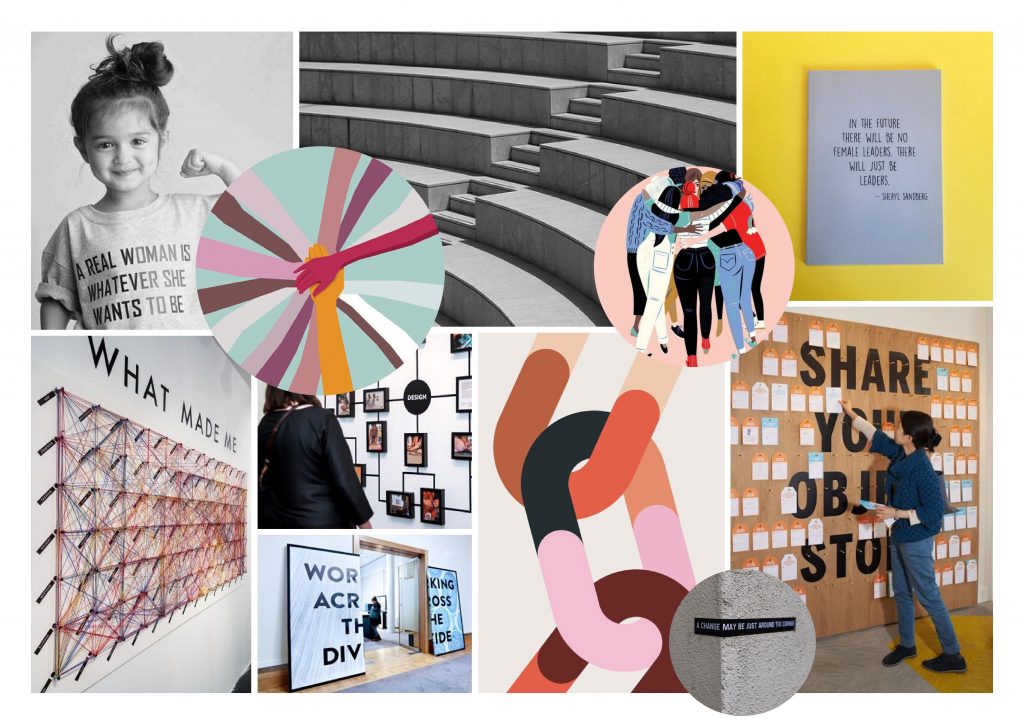 First up, we interview Zowie, Head of Design at Spacio:

Tell us about the moodboard your designed for #InternationalWomensDay and what it represents?

It represents strength alongside femininity. The world today needs us to all be strong and continue to fight for women’s rights worldwide, whilst alongside there is an importance to keep our own individualism.

What does #InternationalWomensDay mean to you?

It’s a day to reflect on how far women have come in society today, and how far we all still need to go. All of us need to keep raising each other up, spreading support across all platforms, and international women’s day is a reminder to never stop.

Can you think of one iconic designer or architect that really shaped the creative world?

The famous couple, who collaboratively created one of the most iconic shifts modern architecture, furniture design, industrial design and manufacturing, and the photographic arts. They also applied their incredible minds to the devising of puzzles, toys, exhibitions, magazine covers and more. Using materials that hadn’t been used in furniture before, creating pieces that were built to last – opened up a whole new world of exploration.

Who has inspired you the most in the world of interiors?

All of those I have worked with over the years have collectively inspired me, nevertheless two stand out the most, early on in my career. When hired in my first job in exhibition/events design after graduating, the senior designer gave me the freedom to design from the first day without having the crippling fear of doing anything wrong – I looked up to her as a female role model for the future of my career and still do to this day.

Later when working in food and restaurant design, my team lead helped me to push my ideas further, showing me that being confident in your ideas will earn you respect. She allowed me to work alongside her instead of under her, which opened my eyes to many more lessons and situations that I needed to learn from to improve.

Both designers continue to be part of my career and life, and hopefully one day I can repay the support to them and keep the cycle of female empowerment turning.

Favourite project/creative space that inspired you?

Weirdly it is not an interior project but an art installation – that took over a full room and demanded every visitors attention.

Cold Dark Matter: An Exploded View is the restored contents of a garden shed exploded by the British Army at the request of the artist Cornelia Parker. The surviving pieces have been used by Parker to create an installation suspended from the ceiling as if held mid-explosion. Lit by a single light bulb the fragments cast dramatic shadows on the gallery’s walls.

Its forever stayed in my memory as a very impactful art piece, that changed the whole view of the room, dancing shadows, different angles and a clever mixture of materials.

What advice would you give other women and men starting out in interior design world?

Listen, learn and never let the lost jobs over shadow the won jobs. Even now after 8 and a half years in the industry, there are still so many lessons to be learnt, and ideas to be discovered. Lastly be confident in your design, we haven’t studied and researched to then have our ideas not be listened to, sometimes we all need to have confidence in ourselves for others to understand it.

Who are you celebrating this #InternationalWomensDay?

A cliche, but everyone, man or woman. Lets all just celebrate each other everyday and lift one another up, and use today as a reminder to never stop.

Next, we interview Eloise, Designer at Spacio: 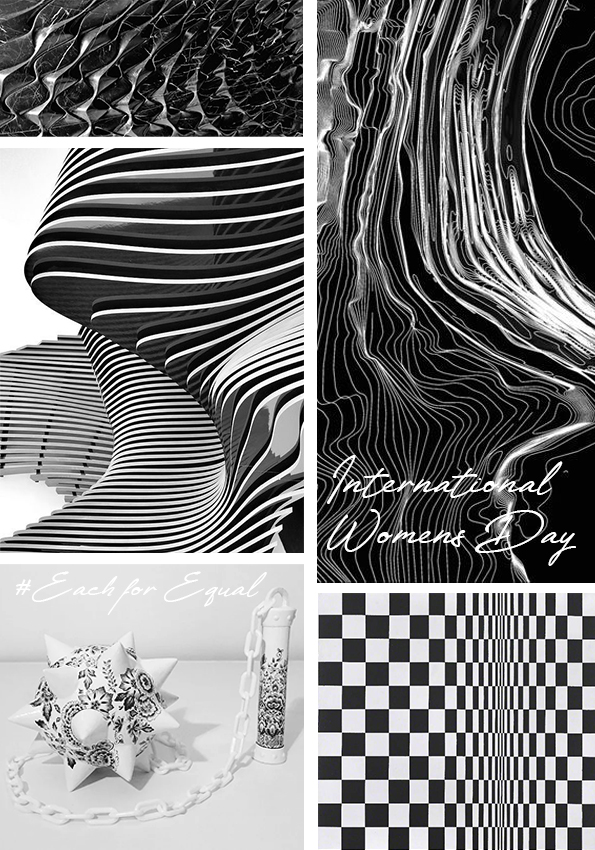 What does #InternationalWomensDay mean to you?

International Women’s Day means unity and equality to me as we all support one another and help forge a gender equal world.

Words that encapsulate International Women’s Day to me: Strength, Diversity and Opportunity.

MISSION: To increase the visibility of women creatives and promote their work for commercial projects.

Putting the spotlight onto women and their achievements in the creative industry, I have selected individuals that have inspired me as a woman as well as an interior designer.

Tell us about the moodboard your designed for #InternationalWomensDay and what it represents?

My moodboard features the work of Zaha Hadid, Bridgett Riley and Helena Hauss and is designed to celebrate the achievements and careers of female designers and women who have empowered women.

I have used a monochrome palette in my moodboard as I feel colour could evoke too much of a cultural response as so many colours have masculine and feminine associations. Black and white is a neutral unbiased colour scheme that I have used to encapsulate the equality theme of international women’s day this year. The juxtaposition of strength and fragility, curves and geometric shapes, solidity and softness, as well as static and movement demonstrates that we are more than one thing and cannot be labelled or defined by gender stereotypes.

Can you think of one iconic designer or architect that really shaped the creative world?

Zaha Hadid revolutionised architecture by designing futuristic, fluid, curved buildings all over the world. Named ‘Queen of the Curve’, for her use of biophilic forms, Hadid used the strongest materials such as concrete and used it to create a soft appearance pushed the boundaries of architecture as an industry.

Notably, during the opening night of her first major building in the public domain staff wore t-shirts that read “Would they call me a diva if I were a guy?” to confront the “diva” reputation that Hadid had been branded with.

Zaha Hadid Architects, her studio, has continued to further her legacy independently since her unexpected passing in 2016.

“Architecture is particularly difficult for women; there’s no reason for it to be. I don’t want to blame men or society, but I think it was for a long time, the clients were men, the building industry is all male.” – Zaha Hadid

“Would they call me a diva if I were a guy?” – Zaha Hadid

“I used to not like being called a ‘woman architect’: I’m an architect, not just a woman architect. Guys used to tap me on the head and say, ‘You are okay for a girl.’ But I see the incredible amount of need from other women for reassurance that it could be done, so I don’t mind that at all.” – Zaha Hadid

“Like men, women have to be diligent and work hard.” – Zaha Hadid

“As a woman, I’m expected to want everything to be nice and to be nice myself. A very English thing. I don’t design nice buildings – I don’t like them. I like architecture to have some raw, vital, earthy quality.” – Zaha Hadid

Who has inspired you the most in the world of interiors (male or female)?

I take inspiration from anyone and anything in the world around me and believe that art and interior design are intrinsically linked. Bridget Riley recognised as one of the leading British artists since the 1960s, creates compelling optical illusions with clean geometric lines, colour and gradients. Her work such as Movement in Squares, 1961 and Shadow Play, 1990 has inspired me to explore perspective and interesting visual effects within interior design. Playing with the way in which our eyes take in imagery and trick our brains into giving flat surfaces depth and movement.

My favourite Bridget Riley installation that stands out to me is Bolt of Colour 2017 – 2019 in Texas.

“Focusing isn’t just an optical activity, it is also a mental one.” – Bridgett Riley

“The music of colour, that’s what I want.” – Bridgett Riley

“The eye can travel over the surface in a way parallel to the way it moves over nature. It should feel caressed and soothed, experience frictions and ruptures, glide and drift,” – Bridgett Riley

Favourite project/creative space that inspired you?

The creative space that has inspired me the most was a 2015 exhibition designed by Carsten Höller: situated in the Hayward Gallery, London. As the name suggests it was an immersive decision-making experience where visitors have a unique journey through the experimental environments based on their choices. Höller intended to use the space as a large social experiment as he feels ‘people are often more powerful than artworks’, and that his work is ‘incomplete’ without visitor interaction.

Firstly, I had a choice between entrance door A or B, behind which lay separate elevated, tunnel-like routes through the first gallery. Throughout the exhibition I encountered various situations including finding my way through a pitch-black metal corridor with strangers, whether to consume a pill with the contents unknown which invited reflection and uncertainty as well as participation. ‘Decision’ also featured Robotic mobile beds and perception altering devices such as distortion mirrors aiming to challenge our experience as humans. At the end of the exhibition I also chose to exit via one of the spiralling Isomeric Slides designed to produce an emotional state “between delight and madness.” 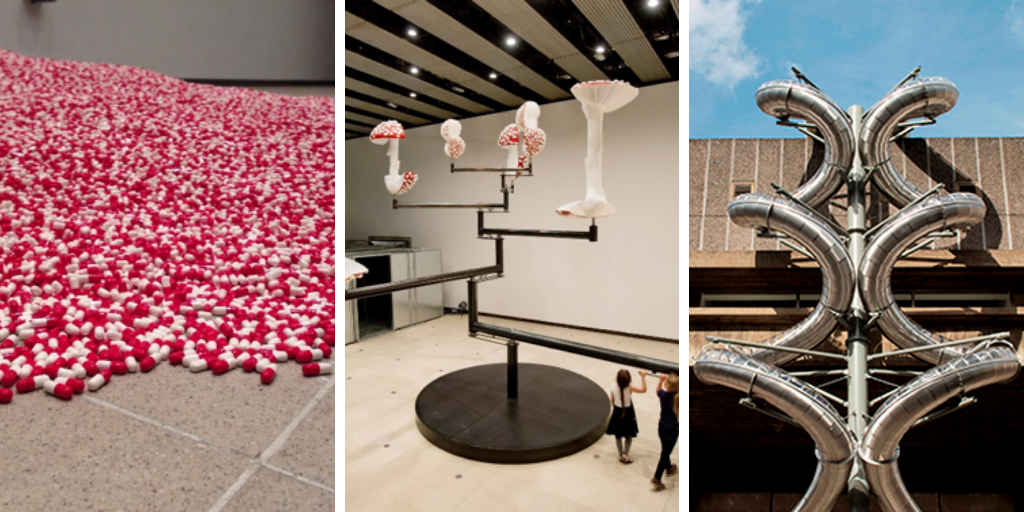 ‘There’s really a common theme in all of the works in this exhibition. They are all methods for taking away what we take for granted, in order to make the ground a bit looser, to destabilise you or free you from this dictatorship of the predictable. Which I think is also a means of introducing a strong notion of freedom.’ – Carsten Höller

What advice would you give other women and men starting out in interior design world?

My advice for someone entering the interior design industry would be to believe in your ideas, say yes to every exciting opportunity or experience, help everyone around you, show up on time and never stop learning.

Who are you celebrating this #InternationalWomensDay?

I am celebrating everyone of all backgrounds and professions to create the gender-equal world we all deserve. 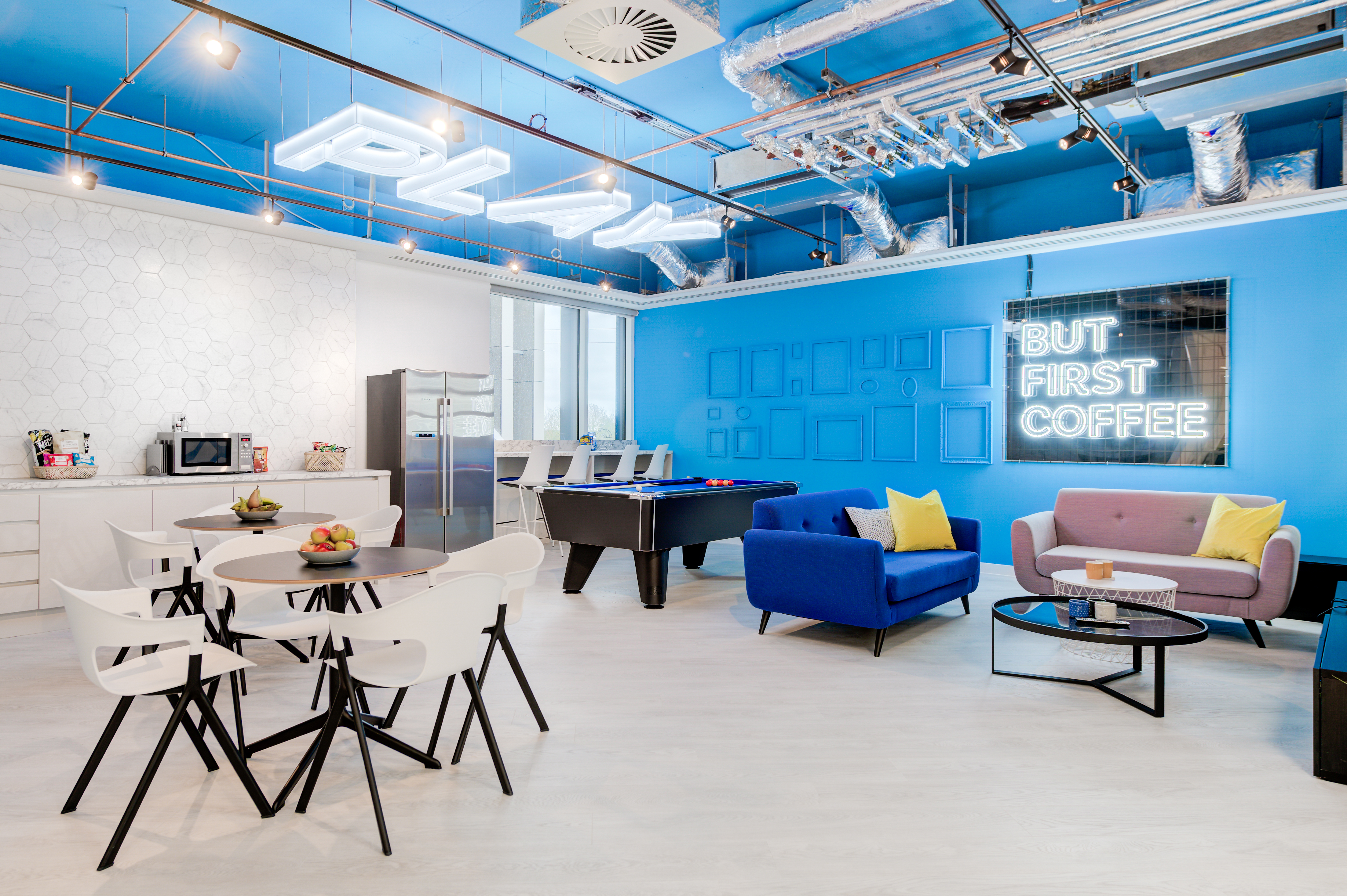 The Importance of Colour in Workplace Design 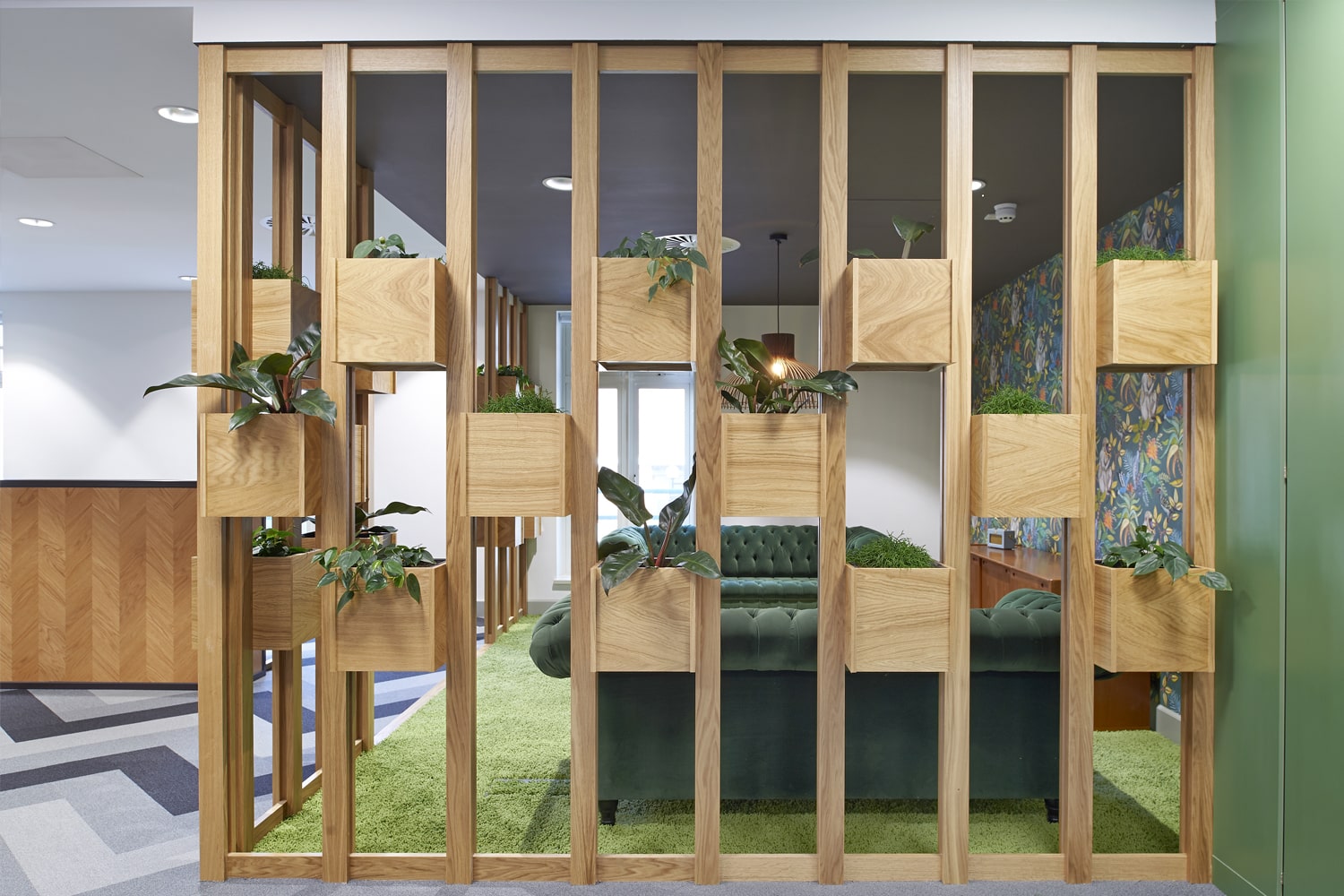 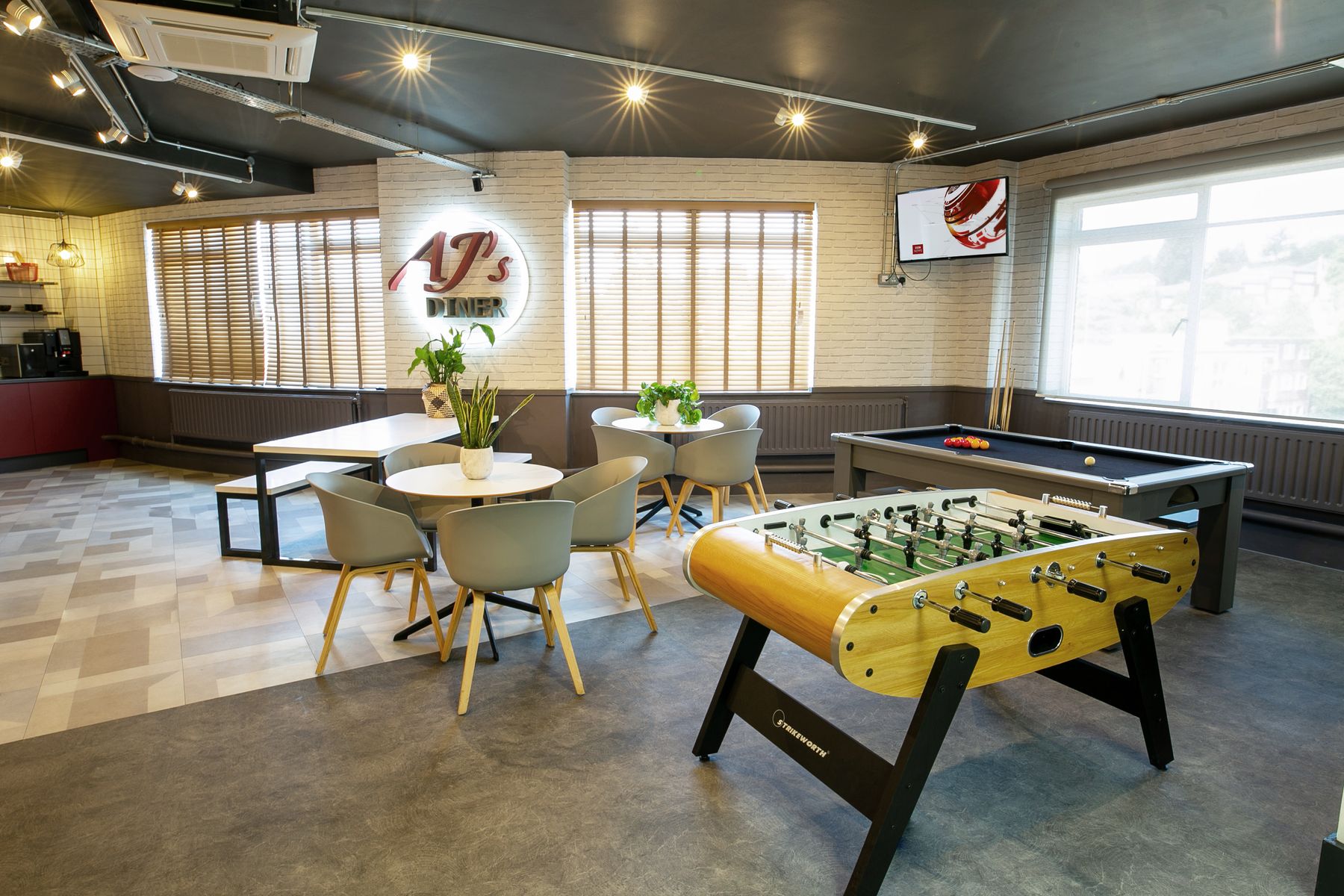